Super Bowl Games - Leave a Comment - Get for FREE 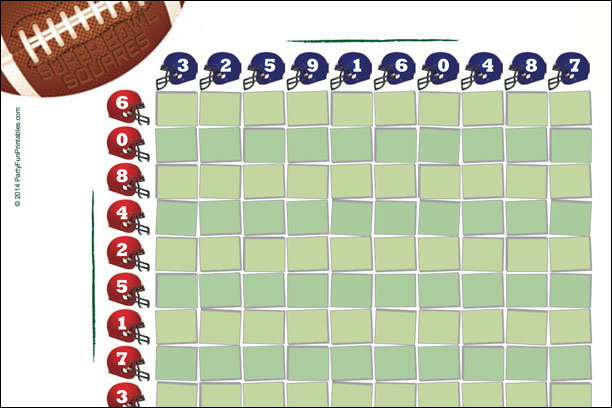 Plan to run an NFL Super Bowl Pool? Using the Super Bowl Squares is one of the most fun ways to do it, while giving all players (novices and NFL superfans alike) a shot at winning!

After you posted the squares, inform potential players of the pool. Let them select a square (or more) to put in their name or initials in.

Then, of course, it's Super Bowl Time!

Tally the score at the end of the game or the end of each quarter. Find the player(s) who correctly predicted the final digits of that score.

After downloading the game document, print it out. Then follow these preparations:

We are commited to your party's success. So, if the game turns out to be a "party pooper", contact us and we'll exchange it with another game of your choice, or refund your purchase (more...) 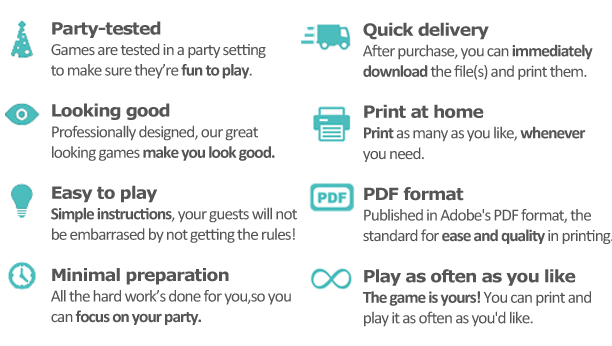 Have your say about this game or article. Leave me a comment in the box below.
FacebookTwitter 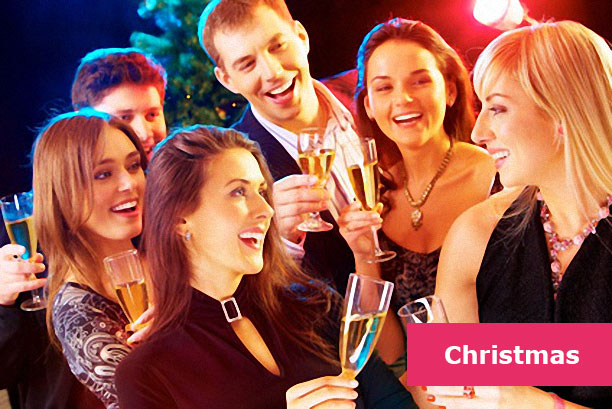 Simply click on one of the images below, and jump right in it!
(or check out What's New!) 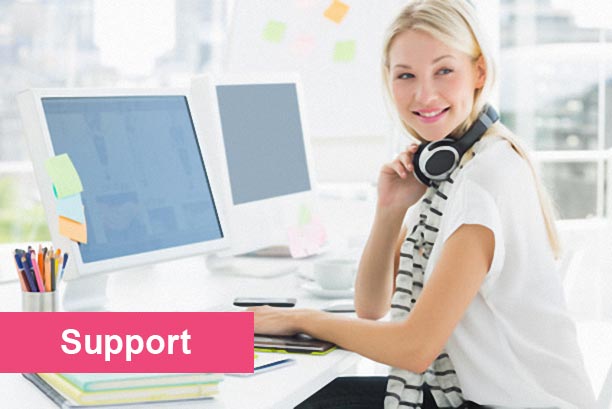 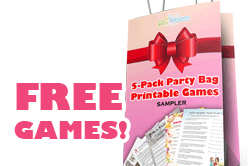 Stay up-to-date with the latest games! Enter your email to get free updates delivered right to your inbox... and receive a free games sample!